A former Minister of External Affairs, Professor Ibrahim Gambari, may be the next Chief of Staff to President Muhammadu Buhari.

Although the Presidency has yet to formally confirm this, there are strong indications that the announcement will be made at the Federal Executive Council meeting on Wednesday, May 13, 2020.

Professor Gambari served as the Minister for External Affairs between 1984 and 1985.

He held several leadership positions at the national and international levels, and has built extensive contacts with governments, as well as public and private institutions, especially in Africa.

The 75-year-old diplomat was also the Chairman of the United Nations Special Committee Against Apartheid (1990-1994).

He later served as Under-Secretary-General and Head of the United Nations Department of Political Affairs between 2005 and 2007.

If appointed on Wednesday, Professor Gambari will succeed the former Chief of Staff to the President, Abba Kyari, who died of coronavirus (COVID-19) complications.

According to the Presidency, Kyari who was President Buhari’s chief of staff since 2015 died on April 17 at the age of 67.

He was said to have been infected with COVID-19 almost two weeks after he returned from a trip to Germany during which he met with officials of Siemens on Nigeria’s electricity expansion programme.

On March 29, the late Chief of Staff confirmed in a statement that he had tested positive for the disease, putting an end to the controversy surrounding his health status.

He was laid to rest on April 18, a day after the Presidency announced his death.

Meanwhile, the Personal Assistant to the President on New Media, Bashir Ahmad, said President Buhari would preside over a virtual FEC meeting from his office.

President Muhammadu Buhari will tomorrow, Wednesday, May 13th, 2020, preside over a virtual Federal Executive Council (FEC) Meeting from his office, at the Presidential Villa, Abuja. 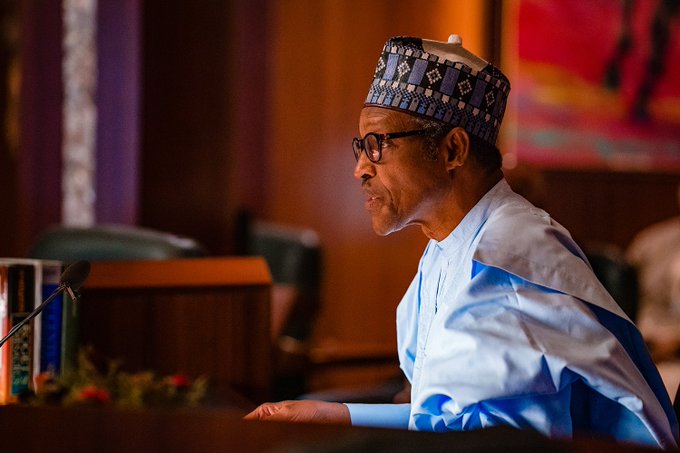 The Inspector-General of Police, Mohammed Adamu has ordered the immediate deployment of anti-riot police personnel from the Police Mobile Force

Fade in : IGP Deploys Personnel Over Attacks On Police Stations