The banking sector in the U.S. has reported a combined profit of 62 billion dollars in the third quarter of 2018.

The profit is up by 29.3 per cent from the figure in same period in 2017, according to quarterly data from the Federal Deposit Insurance Corporation (FDIC).

The regulator said in a statement on Tuesday that the profits were boosted by a lower effective tax rate and higher operating revenues.

Only 3.5 per cent of banks reported net losses, down from four per cent a year ago.

The FDIC’s Chair, Jelena McWilliams, said that while profitability was strong, the industry had seen heightened exposure to credit and interest-rate risk as lenders searched for higher-yield loans.

“Attention to the prudent management of these risks will position banks to be resilient so that they can sustain lending,” McWilliams told reporters.

“The competition to attract loan customers has been strong and it will remain important for banks to maintain their underwriting discipline and credit standards.” 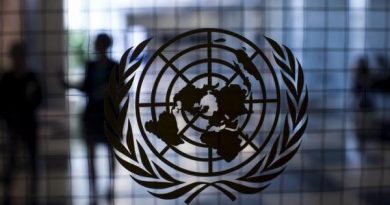 “We have an obligation to this and the next generation; to leave them a better Lagos State. This is a sacred

Why Nigeria Should Benefit More From Its Gas Reserves – Osinbajo